Happy New Year! I have been delaying my first post of 2013 due to my extremely heavy workload (think working and attending Thai language lessons and webpage design lessons concurrently) recently, but a new development in Singapore has activated my blogging instincts sufficiently for me to wake up especially early today to write this piece.

Singapore has done it again, it has achieved another FIRST, this time, in becoming the FIRST country in the world to come up with a performance-measuring-scale for fathers in Singapore, called the "Better Fathering Index" (referred to as the BFI for the rest of the post). Having an airport ranking NUMBER 1 in the world, or having the largest ferris wheel in the world might offer some form of pride for some Singaporeans, but I believe this new number 1 will not be welcome by many any parent.

Firstly, why the BFI? Why not formulate the "Better Mothering Index" or "Best Grandparenting Index"? Because it is downright insulting to the mother since everyone knows the mother is the one who will naturally be most involved in taking care of the child? Because our old and retired grandparents do not deserve anymore stress having a number put on their heads when they should be deservedly enjoying the final phase of their lives? Then, why target the father instead?

Secondly, what is the point of parenting? Aren't all parents trying their very best so that their children will hopefully be brought up the right way and become good people who contribute to the society? If that is the case, shouldn't 'measuring' the 'quality' of the kids we bring up be a more accurate measure of how good a job we have done? No, of course not, the government might argue. Rightly so, because over the last few decades, children in Singapore have been under so much unnecessary stress over grades and rankings in school that MOE has removed (*round of applause) the ranking system in school as well as the announcement of most outstanding grades in PSLE. Then, why now start to put a number on Daddies' heads?

Thirdly, how are we to judge how good a father is? According to the Centre for Fathering, it might involve aspects like how much time the father spends with the child and the kinds of activities they do together.

Take my father and myself for example, we are absolutely contrasting Daddies. My dad, being the traditional guy as he is, spends most of his time working, expanding his company (shedding blood and sweat outside to provide for the family) and therefore is not very involved in the nitty gritty details at home like cooking, doing chores, playing with us or changing our diapers etc., while I, being the only help for my wife in Bangkok, try to be home as much as possible to be involved in every single aspect of Noah's well-being. That said, who do you think is the better Father? Is it possible to even judge or put a number to it?

Because of our absolute contrast in styles, if he scores well in the BFI, I would probably appear to be an absolute failure of a Daddy and vice versa. Is that even fair then? I turned out ok from his style of fathering, and who knows how Noah will turn out in the future? Ultimately, there is no right or wrong to parenting, as long as we do our best and love our wives and children with all our hearts, no number can ever be fairly tagged to our efforts.

Sorry for ranting so early in the morning, but I think the fathers' collective voice needs to be heard. This BFI really is an indication of how misunderstood Daddies are these days. We are stressed enough having to provide for the family and help out at home, among many other roles we play!

I am not the first father to give his strong views on this issue (see here, here and here), and will most definitely not be the last.
Posted by Eddie Yii at 7:44 AM

Whatever comments you have, please feel free to write them here! I appreciate receiving feedback of your feelings after reading my blog and I promise I will respond to your comments! 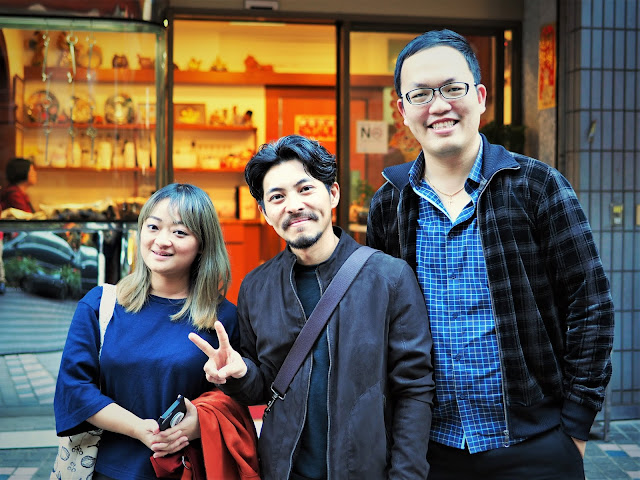